Mentally strained: realities of the unemployed

Posted by Úna Kavanagh on her blog http://unakavanagh.com/ on 17th Jan 2015

“Today I started my routine of waking up and wondering if I was useful.

Naively I thought that unemployment wouldn’t affect me as much as it would but instead I’ve been overwhelmed constantly by sense of panic that escapes into my mind.

It’s a situation that I’m sure many of you have experienced but haven’t spoken about so openly.

I haven’t been in work since last June. I left my job to do a three-month culinary course and imagined it would be tricky to get something for a short period of time to fill the gap – and now, officially, my mental defences are down and I’m at a loss.

Living with depression and anxiety, you’d think I’d be able to handle the dark cloud when it makes an appearance but no – sometimes it’s easier said than done.

The lack of employment damages my ability to see any good work that I’ve done over the past few years. In my mind, my CV is neither inspiring nor impressive and flicking through job spec after job spec, it’s no wonder people start to feel defeated.

Why are we never really taught the basic skills on how to cope with unemployment? Why must we have a reliance on ourselves to do research and read the self-help books?

My feelings of uselessness and depression, cloud my self-esteem and with every new job spec comes a feeling of desperation.

Contentment right now is hard to come by, with unemployment sitting like an elephant in the room, poking me with a stick.

Today I’ve cried, a lot, but fingers crossed – there could be a glimmer of hope yet.”

Posted by Zoe Forde in on her blog http://ibelieveinromeo.blogspot.ie/ on 17th Jan 2015

“In my Christmas post I mentioned the post Christmas period blues; the difficulty I have often had of relocating myself back to Dublin after two weeks at home.

This year was a somewhat different experience for me.

While it is very common for people to experience periods of lows and changes in mood during the winter, it’s never happened to me over the ‘festive’ period before. But this year it did. And I didn’t know how to deal with it or what was wrong with me. Despite having gone through battles like this before, I couldn’t quite recognise the signs in myself until they had been going on for over a week. And the best way that I know how to deal with it is to write. So here’s what happened:

– I was lonely. Yes, my family were all there, but after a few days you want to mix it up and see some different people.

– I found it difficult to sleep. When I fell asleep I was having nightmares; the most horrific type of dreams I only get when my Depression is at its worst. It had been a long time since I had dreams of that kind, but they came back with a vengeance and for almost every night over the holidays I had to suffer through them. And when I awoke in the morning I was just as tired as I had been when I crawled into bed.

– As a result I had no energy. A simple morning walk left me shattered for the rest of the day. As desperately as I wanted to craft to take my mind off of my mood I couldn’t muster up the strength to do anything other than pin pretty pictures I liked on Pinterest.

– I was also in a drowsy and dreamlike state for most of the day as a result of my sleeping/non-sleeping pattern. Nothing seemed to be happening in real time.

– I was extremely irritable.

– And weepy. So very weepy.

– I felt physically sick. I was nauseous on the day that I felt the lowest. This is another common symptom I used to experience quite a lot when I was going through a depressive episode in my first year of college. I haven’t heard of many other people describe the same symptoms in relation to Depression, but it was a constant feeling in the pit of my stomach and when I tried to eat.

– There was an unshakeable feeling of despair. Sadness was a constant state that I could not escape or even distract myself from.

– My thoughts turned dark, and there was an unpleasant and unrelenting voice in my head telling me that my life sucked, that I was a bad person, that if I hurt myself those feelings would stop.

At first I blamed my mood on the cold. How could anyone function during the frosty winter? But it persisted.

Towards the end of my time in Monaghan I had an appointment with my Doctor. I brought up how I hadn’t been sleeping with her and then the tears started. And once they started I couldn’t get them to stop. Tearing up when you try to pay for something in a shop for no immediate reason is probably the most embarrassing thing that can happen. And you’re feeling awkward and the shop assistant is awkward and the whole situation sucks. That was my Christmas.

My GP described my home as an unstimulated environment. Not in a bad way, but for my mental illness the biggest coping tool I have is keeping busy. And that’s the problem –  I’ve created an environment in Dublin where I’m comfortable, where I can manage my depression. Most of the time.

But you can’t live in two places and have everything you need in both.

I feel very isolated in Monaghan. The internet sucks. We don’t have public transport and I don’t drive (another issue I might get into some day). And I haven’t stayed in touch with many people from there. And that was mainly by choice. I isolated myself because that’s what I needed to get better at the time; to be distant.

But that’s not something you can get back easily. My ‘home’ is now somewhere that I feel like I can no longer return to. At least not without issues arising.

So after seeing my GP I did start trying harder. She told me I needed to be productive, to remember the mindfulness and CBT skills and techniques I had once sworn as lifesavers. I made more of an effort to try and craft. I was also extremely lucky that I was to see a friend the very next day and that greatly cheered me up. I didn’t have to fain excitement or interest and it was such a relief to just feel normal again.

Honestly, it was a really difficult time. I don’t think I have felt as low as I did over Christmas in almost 3 years. And it was really scary.

I was reminded that those dark thoughts are still in there. They do come out every now and again. Sometimes when I’m drinking (because alcohol is a depressant no matter how much I convince myself it’ll be fine) I am filled with all of my fears and insecurities and I become the crying drunk girl everyone hates.

And I think it scared my family. As much I try to keep my feelings bottled up, they always come out eventually, and my parents were surprised to see me so visibly upset. I believe that they thought I was better. Or at least that moods so low didn’t happen to me anymore. And I think that I believed that too.

I don’t know if you guys saw the great two-part drama that was on around Christmas. It’s a US TV show called Olive Kitteridge and it’s about this lady’s life and her mental health. She’s a perfect representation of a real person. She was rude and sharp and bitter, and nothing like the perfected and unrealistic characters most shows are filled with. But I know a few people who didn’t get Olive Kitteridge, they hated her character and just didn’t understand the show, so to those people I just have this to say; That’s my life. Right there in that two part television show is exactly how I feel and perceive that I am. The mood swings. The distorted thinking. Trying to save everyone else but yourself. And if you didn’t get it, then you are so bloody lucky.

It’s difficult to pick yourself up off the floor, brush yourself down and pretend that nothing has happened. But that’s what I’ve been doing the past few weeks since January began, to varied degrees of success.

My point is that right now I feel like I’m back at square one.  And my GP said I’m not. That there has been 4 years of hard work that can’t be whittled away so easily. But I do believe that with mental illness you long so desperately to be better, for a cure. And while I know there is no fix-all magic recipe, I thought that after 4 long years of ups and downs I wouldn’t feel like that anymore. That the worst was firmly behind me. And it’s a really difficult thing for me to admit that it’s not both to myself and publicly.

What I have learned though is that I neglected some of the methods of self-care I used to practice. Over the past year, the past 6 months especially, I’ve let that all drop to the sidelines. I could be doing an awful lot more to care for myself – even with things as basic as drinking more water, spending more time with other people, eating more healthily. But more so in regards to understanding my illness, and the triggers and safety nets that come with it.

And I know that everyone has to ask for help sometimes… Even people so heavily involved with positive mental health promotion like myself.

I preach about ‘ending the stigma’ and being honest when it comes to mental health. But when I experience something so low I just want to hide it away and pretend I’m ‘ok’. I took the step last week of finally telling a friend about the reality of my two weeks at home. And rather than be greeted as the failure I thought of myself as*, I was offered support.

*Now, if anyone else had an extreme depressive episode, irregardless of their experience or how well they’d been doing I would not think of them as failures. In any way whatsoever. But when it comes to myself, I am my own harshest critic. However, offerings of support can also be difficult to accept when you feel like a burden to those around you.

I have a lot of work to do, even just to build my confidence back-up after Christmas, and right now, because it’s so immediate, it feels like an almost impossible battle.”

See Change understands that there is a complex multiplicity of perspectives on mental health problems and the experience of being unwell. See Change encourages the publication of material that promotes understanding of mental health problems, the experience of being unwell, and recovery. The opinions expressed by contributors are those of the author, and do not necessarily represent the views of See Change, funders, or partner organisations.

This website is for information purposes only and does not intend to provide crisis support or referral. In a crisis (when someone might harm themselves, harm someone else, or is vulnerable to suicide) it is important to get help as quickly as you can for yourself or the person you are concerned about. To get help click here. 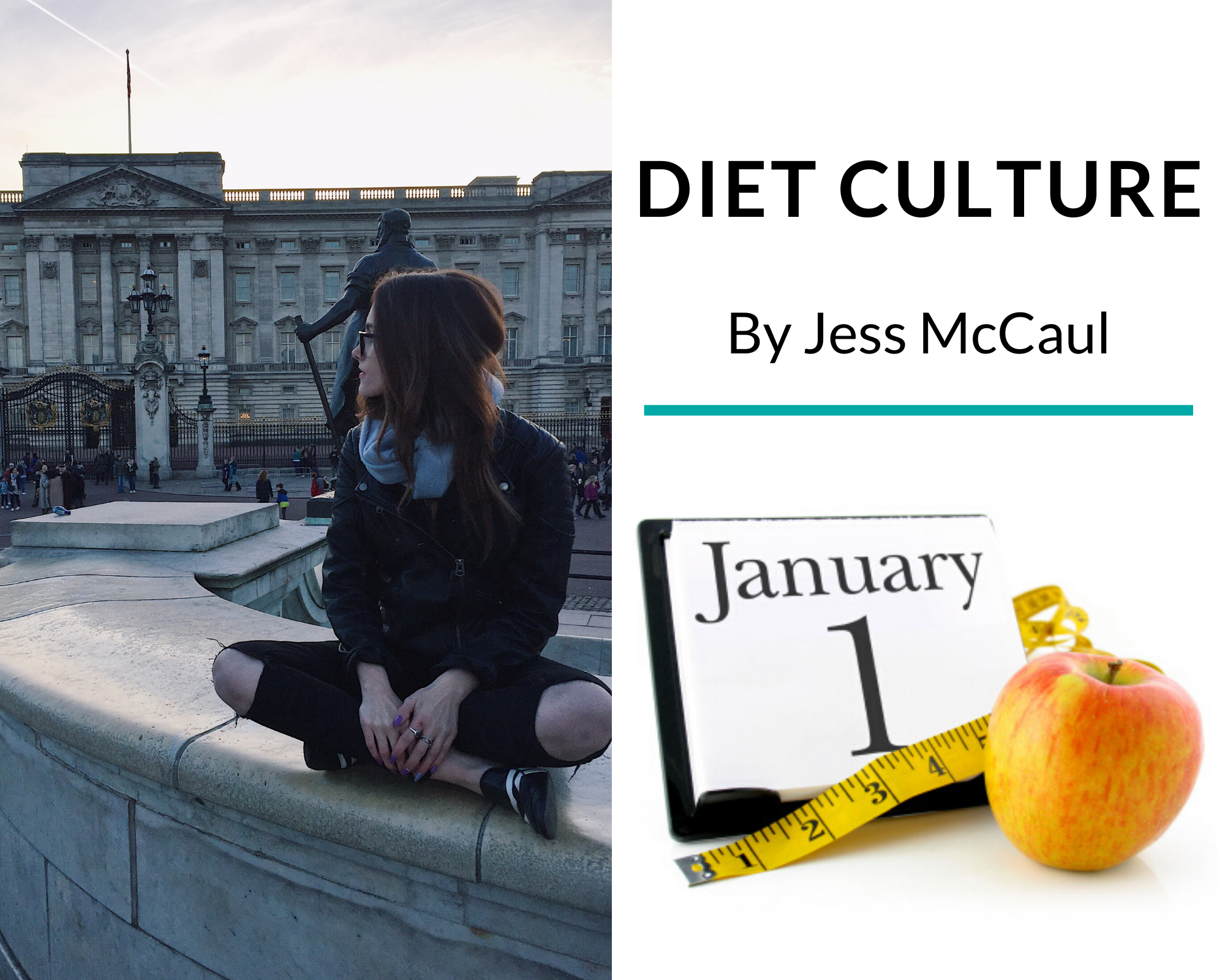