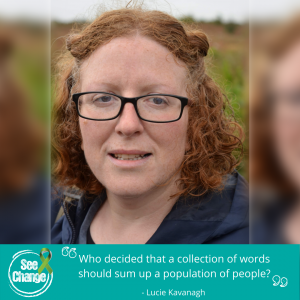 The Doctor : Don’t challenge me, Harriet Jones. ‘Cause I’m a completely new man. I could bring down your Government with a single word.

Harriet Jones : You’re the most remarkable man I’ve ever met. But I don’t think you’re quite capable of that.

The Doctor : No, you’re right. Not a single word.

Harriet Jones : I don’t think so.

[approaches Alex, whispering in his ear]

The Doctor : Don’t you think she looks tired?

Language is probably the most powerful tool we have especially because it can have such a profound effect even if and when we don’t intend it to.  Haven’t we all had those moments of feeling uncomfortable because a person’s body language isn’t matching what they are saying?  We read people in dozens of different ways and verbal words are only a percentage of that, unfortunate really, given that words have such power.

My Doctor Who quote above is a little tongue in cheek but totally credible.  How many people have we seen destroyed in recent years over a speech or tweet? How many of us remember words uttered in the playground or other conversations in tender years that have stayed with us ever since?

Some years ago, I disclosed at work that I had recently been given a diagnosis of BPD (Borderline Personality Disorder). Possibly a little naïve at the time, I felt quite eager to share the diagnosis.  To me, it was something definite, something to learn about and to make sense of the rush of thoughts and feelings that bombarded my mind on a daily basis. I was happy to talk about it and be open about it. Of course I was aware of stigma and discrimination but because I was talking to people who had known me and only ever had positive things to say about my work, I didn’t think they were anything that would affect me.

In my case, it took seven words to destroy me.

“We’ve googled it and it’s not pretty.”

They weren’t wrong.  If you google BPD, you will find as many websites telling you how to avoid people with it as you will find information that actually pertains to people with it. But in that moment as I looked at my manager saying the words I could see that I was no longer “me” in her eyes and that somehow it wouldn’t matter what I did or said from that moment on. BPD, or rather the stereotypes she had read about it, was a shadow standing in front of me and blocking me out.

I think discrimination happens out of fear but it’s more complex than that. Language, unfortunately has the power to create stereotypes and these in turn blot out individuality. Years ago, in my other life as a social care worker, I remember thinking how incredibly claustrophobic that stereotype about people with Down Syndrome was “always smiling and happy”. Who wants to be labelled as constantly happy, as never allowed to have a bad day, swear or get angry? Who decided that a collection of words should sum up a population of people?

Social media unfortunately can thrive on stereotypes.  Look out for them. Look at the hate, the prejudice, the nastiness about populations of people often disguised as memes or moral judgements. Imagine how it is to be in those populations-a Traveller, a person with an illness or disability, an asylum seeker or simply someone who lives their life in a different way than what is considered “normal”? Imagine being trapped in a collection of words and phrases because it’s easier and more comfortable than looking underneath for the person?

Just as language can be incredibly destructive, there is huge power and possibility to do as ever parent has advised at times and “use our words”. We can challenge the stereotypes. We can share personal stories and get to know what’s behind the collective beliefs before sharing or repeating them.

Quite often people with mental illnesses feel guilt at the things we can’t do and shame ourselves for the differences in our lives and comparisons between ourselves and others. There are laws to prevent or punish overt discrimination but sometimes it’s the insidious aspects that do the most damage.  The unchallenged, silent stereotypes, the phrases that tell us that we’re wrong, damaged or not “enough”.

Added to this are a lot of very damaging stereotypes about mental illnesses. People with BPD are “bunny boilers”. People with OCD clean/tidy a lot. People with mental illnesses might be violent, can’t work or live normal lives. If you have heard these, challenge them and read up on the illness, or better still, look for the personal stories from the people living with them. Look up the See Change website and read about my fellow See Change Ambassadors and how they live with, rather than for, their mental health difficulties.

“Normal” is one of the most damaging words out there and as a concept, it doesn’t exist.

“We are defining the boundaries of normality by tearing apart the people outside it.”